Nick Niakan and Gary Goltz at the 2012 SEMA Convention in Las Vegas.

Nick Niakan took silver at the 2007 USJA/USJF Winter Nationals. His son Arman started judo in 2011 and is following his dad's footsteps. In 2016, Nick was promoted to 6th degree black belt.

Allen Johnson moved to Seattle where he married his high school sweetheart and instructs at Emerald City Judo Club. He took a bronze at the 2011 World Masters and a Gold at the 2012 Nationals. 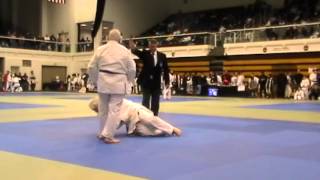